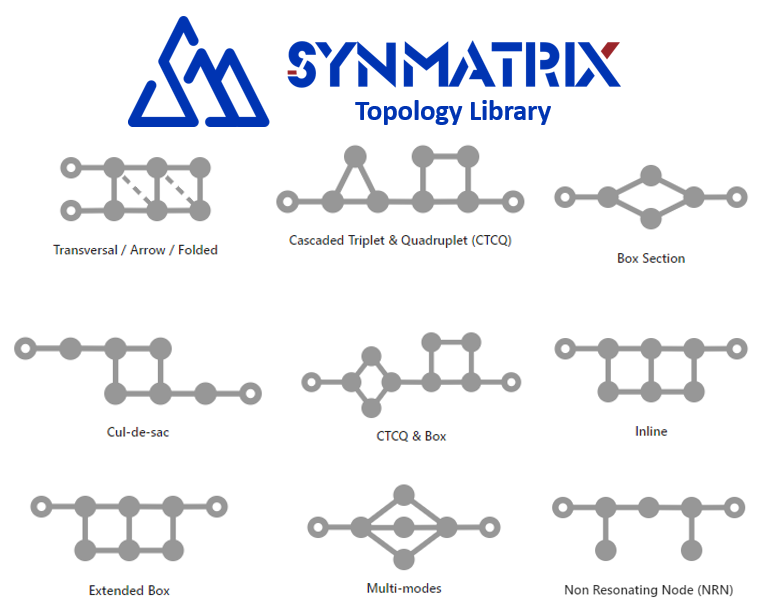 Considering the application in practice, hybrid mode - the mixing of different type topologies - are also provided. Synmatrix will generate the mixed topology matrix, such as cascaded triplet (CT) or cascaded quadruplet (CQ) mixed with box section, Non-resonating node(NRN) mix with the CT or CQ, multimodes mixed with CT or CT and so forth, by using the advanced coupling matrix reduction technique(Image2).

With thousands of possibilities under the different combinations, users can use a “filter” function to allow users to filter out their desiredtopology by selecting the fixed coupling path. 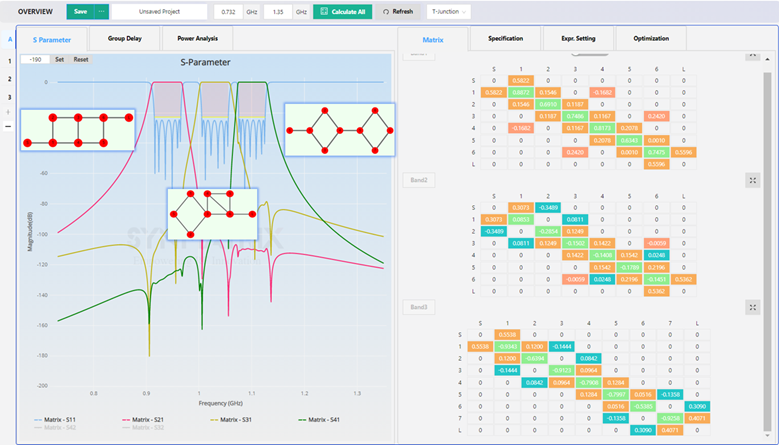 With the newly released topology settings, design engineers will now have more flexibility that will enable more design capabilities to help meet their design requirements and goals.

Ready to Get Started?

Want to See How it Works?