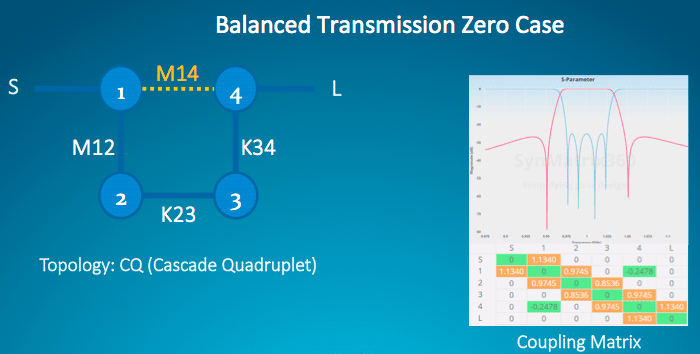 In order to catch up with the stray coupling effect under the “Computer Aided Tuning” Function, the user needs to modify the topology to take into account the topology modification before the capture. Failure to do this may lead to the undesired filter response.

Step 1: Synthesize the matrix based on target topology.

Step 2: Reset the topology before the matrix extraction

Once user starts to do the matrix extraction, the topology needs to be reset to take account into the stray coupling effect. For example, the CQ topology may have 2 possibilities, M13 or M24(Select the topology check box without clicking “Calculate All”)

The user needs to decide which assumptions match with the designed coupling schemes. No matter which possibility, the algorithm will only take this assumption as the auxiliary parameter to assist the capture process.

Comparing with both extracted coupling matrices, one can see the differences between these two assumed stray coupling schemes are less than 3%. If the user is not sure which one is suitable for the 3D model, randomly select one and stick with this assumption until completing the whole design.

This example will select M13 as the stray coupling and do the matrix extraction until the RL is lower than -23dB:

After simulating it 10 times, the RL can be lower than 24dB. The stray coupling cannot be eliminated; however, the user can modify the structure to minimize the notch level to meet the design target: 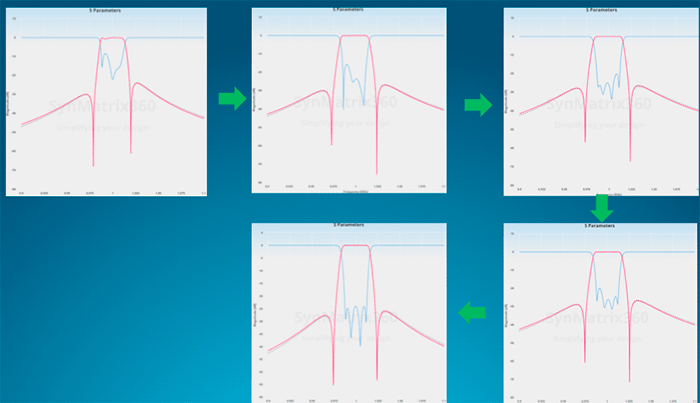 Want to Try it Now?

Want to See How it Works?